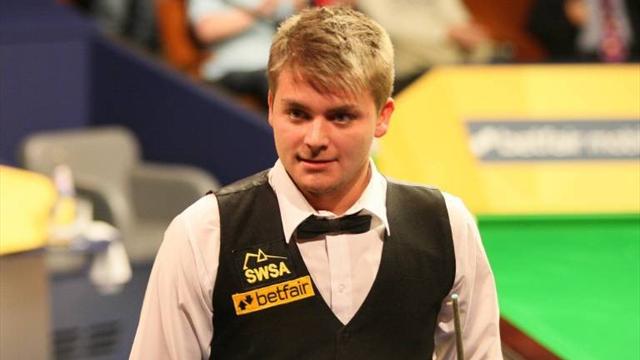 Michael White recovered from trailing 3-0 to complete a stunning 5-4 win over Neil Robertson in the first round of the Shanghai Masters.

World number two Robertson became the latest leading name to depart the tournament early on with Ronnie O'Sullivan, Judd Trump, John Higgins and Barry Hawkins all ousted in the first round.

Robertson ran in 96 on his way to a 3-0 advantage, but a couple of 55s helped White forced a decider that he won with an effort of 64.

"Neil wasn't at his best today and I came back well from 3-0 down and played a good decider," said White. "It probably goes down as my best win even though I beat Mark Williams at the Crucible. At 3-0 down I was wondering what time the flight home was.

"The crowd were brilliant today, it's a great venue and I'm enjoying it here."

White's reward is a meeting with fellow Welshman Ryan Day in the second round.

"Ryan and I travelled out here together, we are practice partners and he's one of my best mates."

Zhao Xintong completed a 5-4 win over Marco Fu while there were wins for Stephen Maguire who made 66 in overcoming Jimmy Robertson 5-1. Mark Allen was a 5-3 winner over Andrew Higginson.

Watch this event on Eurosport Player

On the same topic